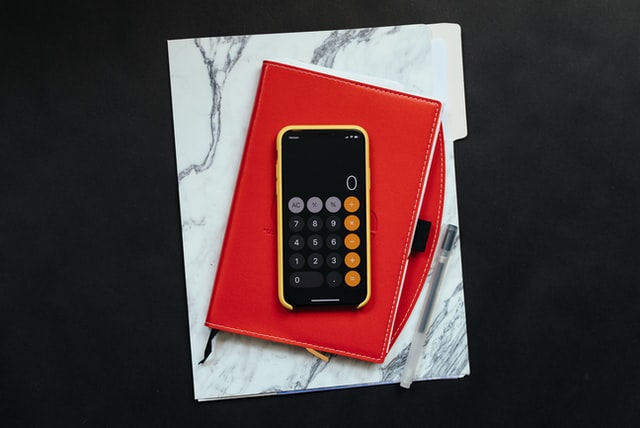 There are indeed advantages to using budgeting software so be sure to use the best budgeting apps there are. Continue reading to learn more!

Why Use a Budgeting Software

There are indeed advantages to using budgeting software so be sure to use the best budgeting apps there are. It’s possible to separate the expenditure from the income and literally feel how the money is being spent every week or every month. Over a period of time, it is possible to check if the user is exceeding his spending, and what can be saved for the future after taking care of future expenses.

Here are the main advantages of using some of the best budgeting apps or software:

Mint is one of the oldest and better-known budgeting software available in the market. There are an array of features that helps with keeping accounts from different sources like banks, credit cards, brokerages, financial institutions, and the like. It is one of the simplest and easiest to set up and has all the features located at the center of the screen as people boot into the system.

Set alerts to when spending exceeds certain limits and also set sub-limits to spend. This is great for better control of how money comes to a person and how the person spends the income. So, yeah Mint is one of the best budgeting apps out there.

Evident in its name, PocketGuard helps keep spending in check and protects against overreaching the budget. The application links all the financial accounts and tracks the spending habits comparing them with the set budget throughout time. This is one of the easiest apps to link to bank accounts. It tracks the user’s earnings and follows what you spend every day, and also the recurring bills as well.

This application keeps track of all individual bills that occur and hence finds an avenue to save up money. PocketGuard keeps a record of recurring monthly bills like the telephone, cable connection, and announces better deals as they happen elsewhere. It actually helps lower the cost incurred each month.

3. You Need A Budget

You Need A Budget or popularly abbreviated as YNAB, has a unique method when compared to other accounting/budgeting apps. As compared to the usual apps that try to match the spending with the income, YNAB works by building a budget to suit the income. This would give every dollar a role in the monthly accounting.

It is possible to include everything from debt payments to living expenses, investments, or savings. This ensures the app is a useful partner in spending and earning. Leaving the user with little or nothing to spare would cause the person to think carefully about every dollar spent.

YNAB works for those individuals as well as couples who are seeking to balance their monthly income and expenditure. You can easily download the desktop or a mobile version. There are many different options. For example the chance to sync bank accounts or manual entry. It also includes goal setting and tracking thus ensuring financial goals are met. This could be a motivating factor for most folks who do not have an inborn saving habit.

This is not the easiest of apps in the market to use but has one strong point that few can ignore and that is budgeting. Wally helps you keep track of spending and incomes. At the same time, it gives out signals how much of the monthly budget has been spent till the time. Thus, the chances of an overspend are minimal, to say the least.

It is a free-to-use application and comes supporting both the Apple phones and Android ones as well. This would be the one app to consider if the user is staying outside or traveling frequently outside the United States. It supports a range of foreign currencies on the go.

Most folks that get to use Wally are highly appreciative of the friendly user interface and the ease of operations; be it setting the budget or setting the savings target towards the month.

Envelope budgeting is setting out different envelopes with money in them for different purposes. If a particular envelope runs dry of cash, then the budget for the set purpose is over till the income comes in. It is difficult to perform envelope budgeting for credit and debit card spends. But, Mvelopes does a fairly decent job of it most of the time.

The app is not a fee to use one and offers the facility to link up a number of financial accounts, all at the same time. With active budget matching, it is possible to have a set spend without overextending oneself. Most folks that do sign up for the app would admit that it is money well spent. The returns from a balanced budget and spending making up more than the sum spent.

This is a good budgeting app for those people who want to run a common account together; like couples and the likes. Goodbudget uses the principle of envelope budgeting like Mvelopes, to keep track of spending habits. It is a proactive software that can fulfill all the spending tracking, as well as the incomes to an account.

Since it is possible to share the budgeting by syncing two or more individual accounts it helps balance most family spends where there would be more than a single earning member. Individuals can use the app too, as it is versatile enough to serve the purpose as well. Goodbudget comes in both the iPhone and Android versions.

When you enter a new transaction, you get the option to separate it into many different envelopes, with each of a purpose of its own. The free version of the app can support up to ten envelopes at a time on a single account. Fill the envelopes at payday and it would calculate how is left over after having accounted for all the essential spends. Goodbudget is an app that has few frills if it might be called that.

Simple is more than the usual budgeting app; it more or less replaces the old checking account with a proper bank account that can be used in transactions. It has a lot of budgeting features built-in that prove to be rather useful too. When the bank app and budgeting app are rolled into a single application, it becomes a lot easier to keep track of spends and control them.

This is an automated process to control spending and save money too. If you have financial goals to meet, this will help you to have the savings habit most of the time. Simple points to spending going off the track as they appear, and not wait for it to balloon up to unmanageable levels. It is a completely free-to-use app that more than stands on its own in the market.

This is a complete investment advisory solution; there is the chatbot that automates a lot of the decisions, and then there is the human interface that provides for the manual touch to investments and such advice. The free Personal Capital dashboard offers some really cool uses, including some of the simple-to-use budgeting features. It is a complete investment analysis tool with added comforts like automated analysis of the investments so that it tallies with the stated goals.

Compared to the other apps on this list, the accounting and cashflow study tools are not the strongest points. But Personal Capital has some of the more market-savvy uses when it comes to creating spends limits and savings targets.

How Much Does a Budgeting App Cost?

The majority of budgeting and accounting apps are free with some premium features thrown in for discerning customers. Typical costs of premium services range from $10 to $15 per month with annual plans adding a bit of discount.

Most of the people that have used the premium versions of the budgeting apps, tend to say that the money saved, and advice rendered would make even on the cost of the application. There can never be beating the sheer utility of the accounting apps no matter how small or large it might be.

Automation of the Decision-Making

With more and more activities that involve daily or routine oversight, it has become the norm to automate it. This applies to most of the budgeting applications and software as well. Most of the decision-making is automated using a set of algorithms. This is great because people can concentrate on making money, and less on its management.

We must say that most of the investment decisions are according to the rules set by the investor. When the app manages to grasp the goals of the user, it is a follow-on procedure to make decisions to match the targets.

Few people are reluctant to use the accounting software, fearing that they would lose control over their expenditure and income. But far from the truth, the software brings wayward spending and earning under control, and makes budgeting a routine affair. More than the simplicity, it is the ease of use that gets sold to so many of the users. We hope that this article about the best budgeting apps helped you and gave you an insight into which one is the best for your needs.